A great link from Gina Roberts-Grey at Prevention Magazine.  I love that these aren't your traditional switch mayo for mustard tips.  #4 and #5 are my favorite...

Trick yourself into losing weight with these 8 sneaky ideas

David De Lossy / Getty Images stock
Holding the line on holiday weight gain can be as simple as cutting 100 calories a day from your diet. Here are a few tips to try.

Posted by Jocelyn at 2:32 PM No comments: 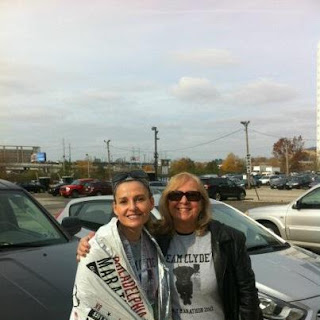 10 Things That Marathons and Weddings Have in Common

Reasons why running a marathon is a lot like planning a wedding:
1) You spend months and months of prep for something that will be over in 4 hours.
2) You have great plans to eat and drink during the big day, but often you don't get around to it.
3) You plan your outfit down to your underwear, and put it on a zillion times beforehand.
4) You pretty much assume that you will get no sleep the night before.
5) You check the weather every five minutes as soon as the ten day forecast comes out.
6) You spend weeks thinking of every little thing that could possibly go wrong.
7) You tweak your playlist at least 10 times.
8) You force your family members to give up part of their weekend and get up super early to support you.
9) You freak out over any sniffle or muscle tweak that comes up beforehand.
10) In the end the experience is better than anything you could ever have hoped for, it will change you forever, and you wouldn't trade a second of it for the world.